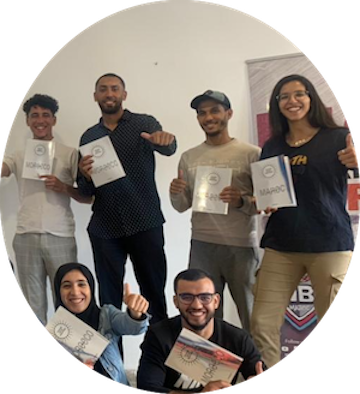 We touch the lives of the young generations by sharing local inspiring stories and connecting Millennials and Gen Z with mentors. 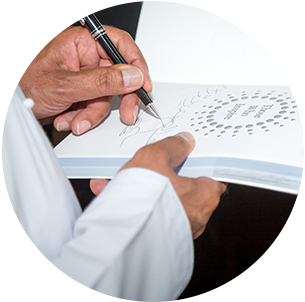 The mission of Those Who Inspire is to: boldly encourage Millennials and Gen Z to pursue their dreams, believe in themselves, and help them find reliable role models and mentors in their own country.

HUNDREDS OF THOUSANDS OF YOUTH INSPIRED

HUNDREDS OF THOUSANDS OF YOUTH OFFERED ACCESS TO MENTORS 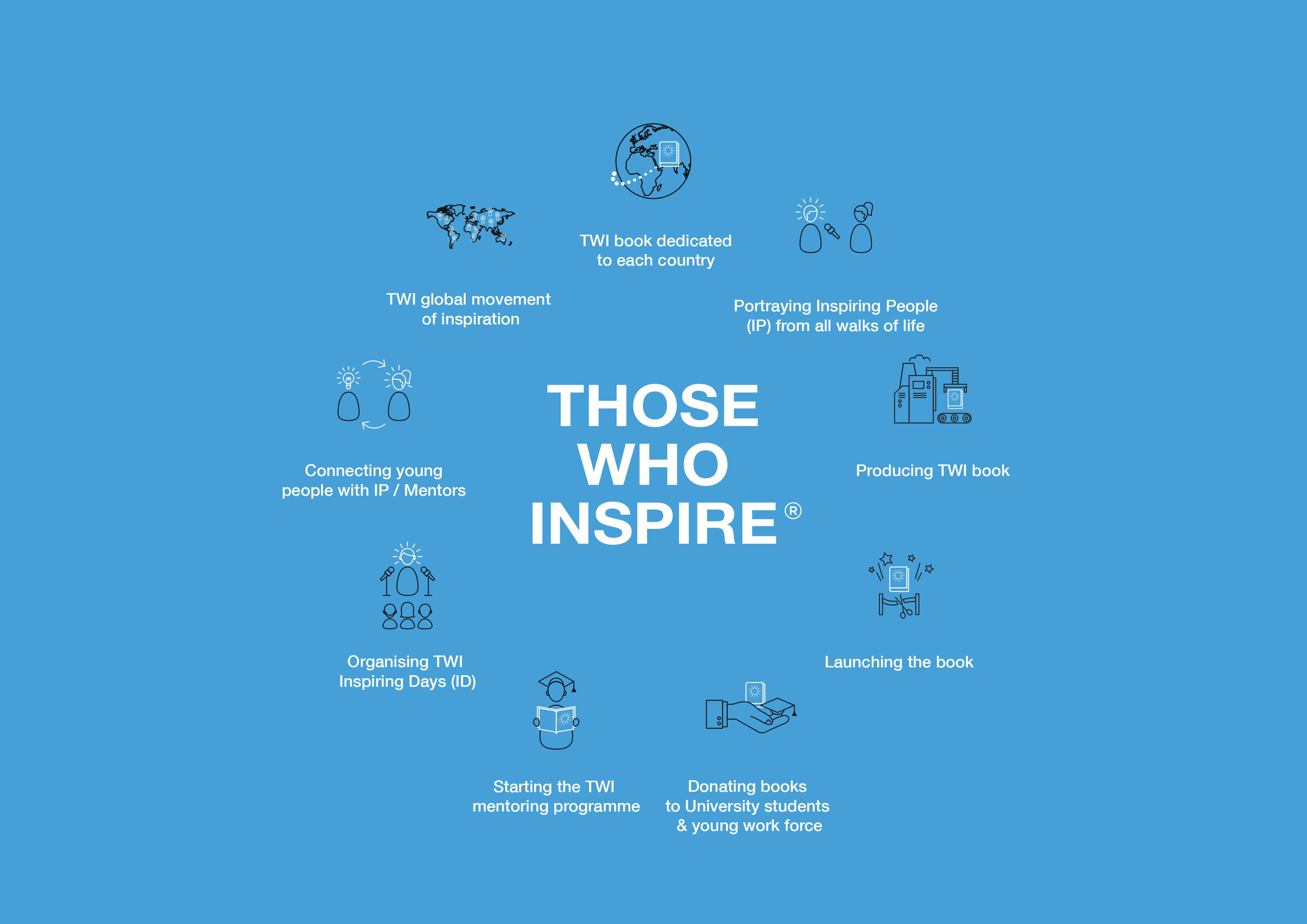 To understand and come to appreciate a country’s culture, there is no better way than knowing its citizens; why should it be different for a company?

Those Who Inspire Corporate adapts the concept of Those Who Inspire from a country to a company, group or holding. We tell the stories of those who contribute to the DNA of the company and agree to become mentors. These are stories that celebrate a company’s identity, philosophy, spirit and values. They serve as a company-wide blueprint for the creative and diverse minds driving the business forward today – and where it could go tomorrow.

Better understand, respect and inspire each other.

Job-seeking Millennials and Gen Z identify a potential employer’s culture and social impact via its people.

Company’s collaborators are its most powerful ambassadors.

Find out more about
Those Who Inspire Corporate
Contact us to get more information.

Those Who Inspire Bahrain
Inspired by Omar Farooq

Find out more about
Those Who Inspire Videos
Contact us to get more information. 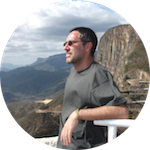 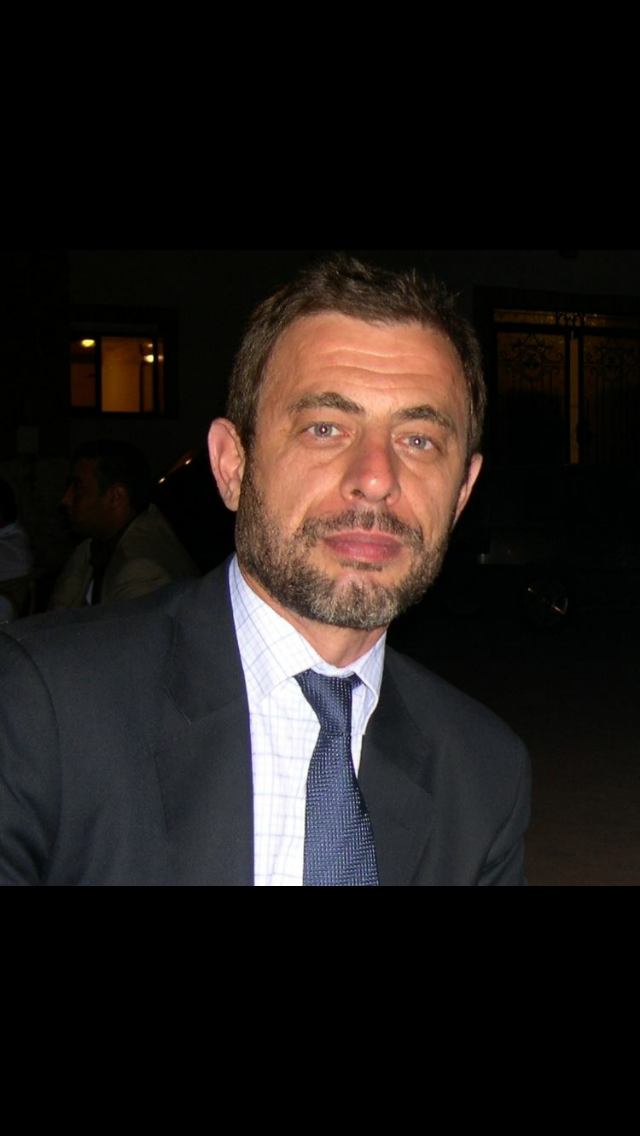 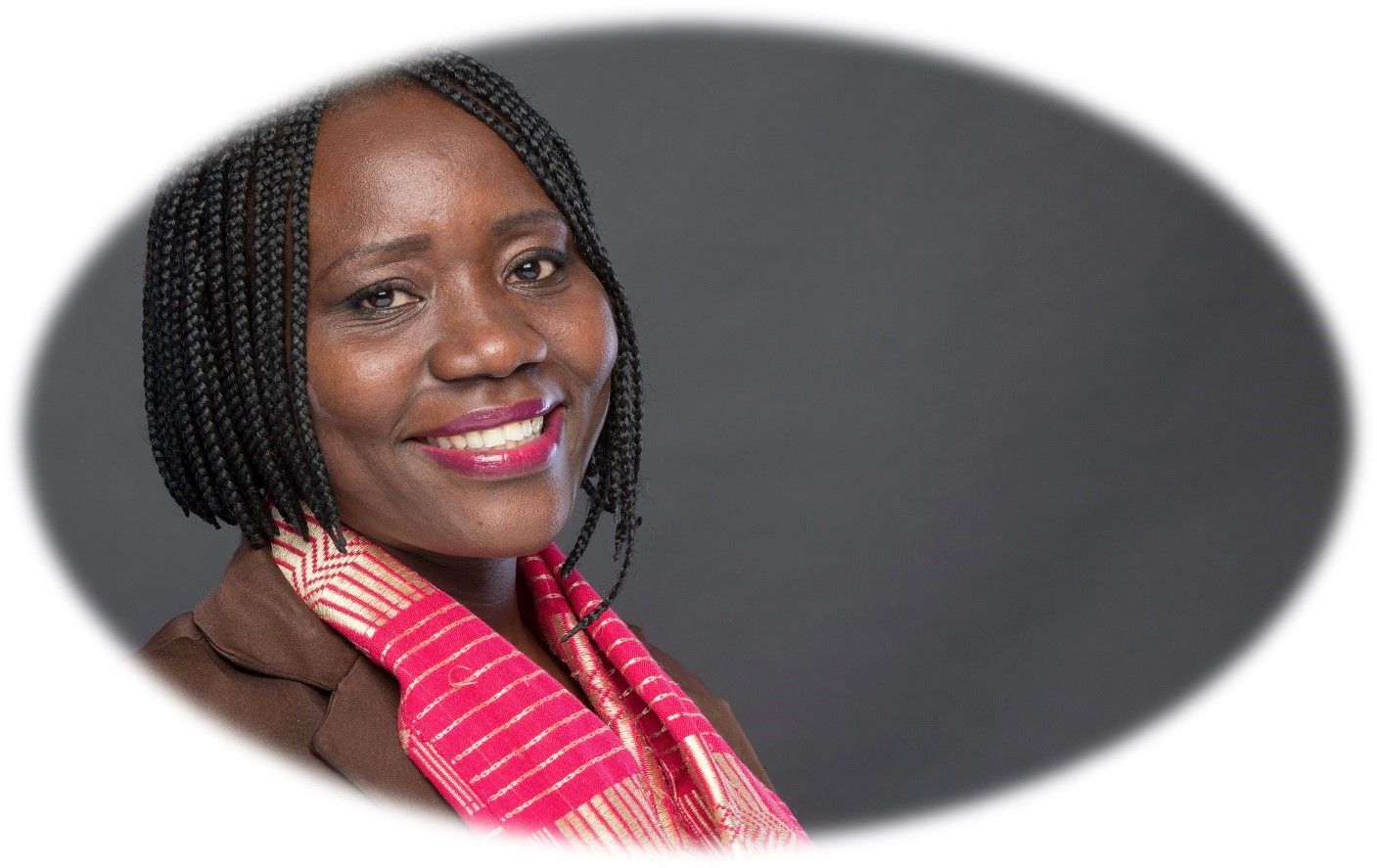 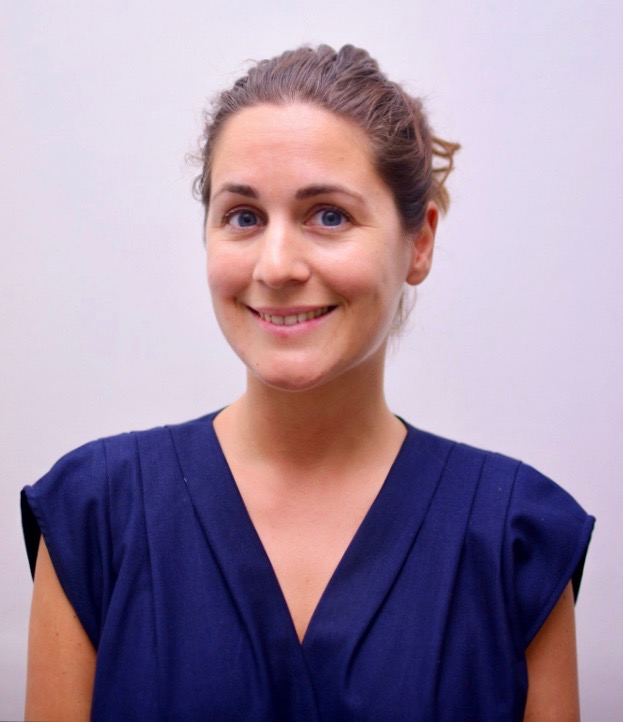 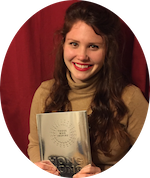 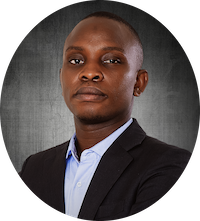 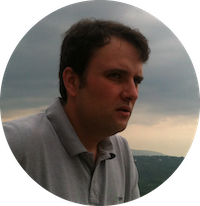 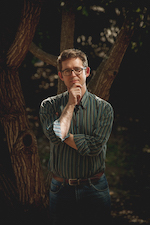 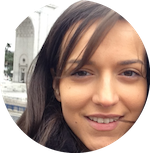 Passionate about what we do.

In one word: We are fortunate to do what we do.

My name is Marlène Plomik. Here, I’m the brunette looking straight into the lens. The blonde by my side, with her happy and impish smile, is Delphine Barets. Together, we shared fifteen years of professional life – not to mention fifteen years of sheer life, toiling, stressing, failing, winning, laughing and laughing again.  Always there for each other. Together, we had a crazy idea and turned it into a sound and fruitful project: Those Who Inspire. The book you’re holding now is a testimony of that... Why am I sharing this with you, you may ask? Because Delphine passed away after an ordeal she faced with tremendous courage and dignity. She was one of those rare people whose soul leaves its imprint with you forever – the true mark of an inspiring person. My friend will continue to infuse her strength and imagination into Those Who Inspire. That, I know for sure…

Media professional specialised in custom publishing and the production of special economic and branding reports published in association with some of the most influential print media titles (Forbes, Foreign Policy, The New York Times, Newsweek, TIME, The Times of London, etc.). Those Who Inspire is a new venture, where the PEOPLE are the protagonist and not an economy. It is a project I have embarked on whole full-hearted.

A passionate Spanish always looking for challenges and these always looking for her. So when Those Who Inspire knocked on my door and gave me the divine gift but also the challenge to produce a book in Mexico with 107 inspiring people in the country, this was one of the most amazing, uplifting and thrilling experiences anyone could ever have. I will never be the same again. Cross my heart.

On one occasion at the beach, in our hometown, I inadvertedly got away from my mother's watch. Having been found by the lifesavers, I was taken to the “lost & found” area. At the announcement, though the loudspeaker system, that a child had been found astray my terrorized mother run to my encounter. She recalls that when she saw me, before she could say anything, I looked at her and, in cold blood said; “these men are wrong, I'm not lost”.

At Elementary school I used to spend hours copying the little flags shown in the margins of the huge Mapa Mundi up in the classroom wall.

Unsurprisingly, I ended up leading a career as an independent international journalist and media consultant. I declare myself an accomplished “nowherian”, passport included.

Surfing the net I came accross the TWI concept and contacted Delphine & Marlene immediately. I was absolutely seduced by the idea of interviewing inspiring people in different nations and turning the outocome of our meetings in a book destined for the local millennials.

Said and done. Lebanon has been my first assignment and hope to enjoy many more all across the globe.

Christophe grew up in a house surrounded by a river, a railway line and on the path of an airport runway. From an early age he was passionate about traveling and always wondered: Where do they come from? Where are they headed?
After several school exchanges in the United States, Australia and Japan, he began his career in the airline industry with the inauguration of the first commercial link between Tokyo and Paris for the first Japanese airline.
He then moved on to sailing tourism in the Dutch West Indies, after that New York to launch a line of luxury decorative accessories and items which was followed by a career of more than 20 years in the production of special country reports interviewing heads of states as well as CEOs of some of the world’s leading corporations. Just before joining Those Who Inspire, he was consulting in economic intelligence related matters.
With a true international and multicultural background, Christophe considers himself, above all, a citizen of the world and is passionate about international relations and politics, economic empowerment, human rights, disaster and humanitarian relief, and poverty alleviation.

Expert in communication, marketing and project management with working experience in several African countries. Our inspiring collaborator, a member of ESCA-Business School Alumni from 2012 to 2014, was the 1st Woman President of the ESCA Junior Enterprise in 2005; received the Award of Women Entrepreneurship of Junior Achievement Côte d’Ivoire in 1999; and is the founder and director of Business Academy which has trained more than 3,000 young people.

Passionate about youth, education and entrepreneurship; Raphaelle has worked on the African continent for the past 10 years, visiting over 20 countries. Known to be a great mentor to the youth crossing her path, she strongly believes in the potential of the next generation to change the world to a better place. Raphaelle fell in love with TWI's mission and is excited to be working on the first Ivorian edition.

Allison has been working with TWI since 2014 as an editor for the Nigeria and Hong Kong books and writer for the Kuwait book. She originally hails from St. Louis, Missouri, U.S.A., and is graduate of Rockhurst University in Kansas City with a B.A. in English, but she has also called Prague and Colorado home.  Her interests include all things Czech, hiking, funky jewelry, and tasting cake and visiting art museums in as many countries as she can get to—hopefully someday all of the countries she has learned about through TWI!

Nikoleta takes care of editing at TWI, aiming to ensure that Inspiring People and their ideas shine through the text to inspire readers. Nikoleta has a translation, linguistics and literature background mixed with a healthy dose of creative marketing work. She's passionate about language(s), loud music, subcultures, and enjoys magical realism and existential comedies. She lives in the fine city of Norwich, UK.

I am a writer. I am passionate about reading and writing and I enjoy very much travelling. I joined TWI team because I admire the mission behind their book collection and global movement of inspiration. I believe youth need such initiatives to understand that everything is possible.

Journalist, TV producer and international correspondent for more than 30 years. Cycling is my passion and writing my pleasure. Time is my most valuable asset. As author Brian Green said; “when we think about the entire cosmological timeline we exist for a brief blink of an eye, so we are quite tiny. But at the same time look at what we can do…”

Starting in life with a strong taste for literature, François could have turned into a bookworm – which he did. He became a translator, an editor, a ghostwriter, a rewriter, and even a writer. Then, realising he was curious about people and places and situations, he became an international reporter. Now, writing TWI Morocco portraits and texts is his first assignment with TWI Ltd. The job enthralled him… nearly as much as reading sci-fi, riding his bike, smoking English blend in his pipe and listening to rock or early baroque music, passions he doesn’t necessarily indulge into at the same time.

Julien joined TWI team in May 2021. A historian by training (Institut Catholique de Paris and Université Paris-IV Sorbonne), he has a passion for writing.

After some experience in communication, he is now a writer for TWI, proud to be able to collaborate in this exciting editorial adventure, dedicated to inspiring people around the world. Julien lives in Paris, France.

Gregory Frye has been with Those Who Inspire since 2013. He's worked on TWI books for UAE, Nigeria, Hong Kong, BNP Paribas, and Mexico. Aside from writing, his passions include music, creativity, and learning about different countries and cultures. He went skydiving once and will probably never try that again.

The Cheeky, graphic designer since 2010, invites you to enter his universe. Child of the 80’s, the little man's evolving in an environment already his own.
Discovering the world on his red BMX stamped with a grass-green crocodile, pursued by his dog and faithful companion, the toddler's cycling faster and faster towards his thirst for discovery.
The wind then carried him to "Bordeaux" where he fell in the glitter of fashion, his initial training. Eyes irritated by these burlesque scents, but amazed by his learning of the arts and drawing, he continues to sharpen his curiosity by taming the hirsutism of crazy hair on the "Place de la Bastille".
More and more feverish by the vision of his abandoned paper and pencils, the itch at his fingertips, it's head down that the little boy, who has grown up, plunges back into his very particular galaxy, helped by the technological developments of his time, it's with frenzy that he strums on his keyboard, scribbles in every corner, retouches all the time, prints, reads, educates himself, flips through pages and pages, erases, tears, starts again, searches, finds, ecstatic, in short LIVE!

TC joined TWI to tell the stories of Inspiring People from around the world. With a background in communication and international relations, TC now focuses her energy on writing and editing. In her free time, she reads sci-fi, explores the world and goes on adventures with a little human, teaching her about feminism, critical theory and the importance of always carrying a towel. TC loves margaritas, metal and mountains and, paradoxically, currently lives in the Netherlands.

Curious and passionate by meeting new people, getting to know new cultures and feeling at ease in a multicultural environment, Emilia is the Millennial of Those Who Inspire team. She has just embarked on this marvellous adventure, being inspired by some of the most incredible stories she had the chance to read in Those Who Inspire books.

She lived and worked in different countries and specialised in languages and strategic social communication. Emilia loves to smile, to eat chocolate and to enjoy good wine and she's terrified each time she sees a spider around…